The species of kangaroos that are brought to kangaroo house are generally the following:

Although the Red is better known by reputation, the Eastern Grey is the species most commonly seen in the flesh.

It prefers open grassland with areas of bush for daytime shelter.

Like all kangaroos, it is mainly nocturnal and crepuscular, and is mostly seen early in the morning, or as the light starts to fade in the evening. 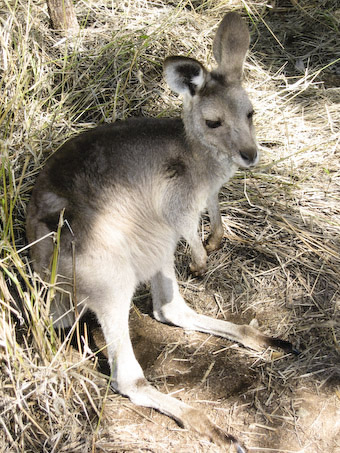